Innocent Idibia also known as 2Baba, is set to drop a new album titled, Warriors on Friday February 28, according to the singer is for warriors.

“Anticipate!!! This album is for warriors,” he wrote on his Instagram after uploading the art work of the album cover.

The award-winning songwriter, via the posts, has kept his keeps fans in suspense with updates from the new work which according to report will be his first in five years.

Songs in the album include Amaka, Opo, Kitty Kat, Carry Dey Go, Important, and others. He also featured top artistes such as Burna Boy, Wizkid, Tiwa Savage, Olamide, Peruzzi, among others. 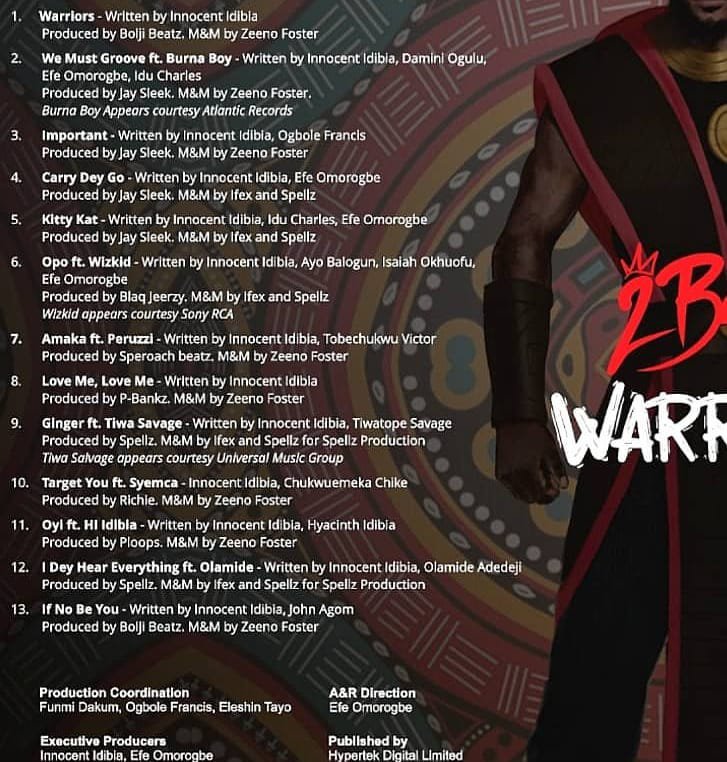 Lets recall that 2Face came out with his debut album Face 2 Face, in 2004. The album had hit single like ‘African Queen’, ‘Nfana Ibaga’, ‘Right Here’ and a host of others.

He has gone on to release many albums like Grass 2 Grace, The Unstoppable, The Ascension among others.

The Hamilton reopens for dinner and a movie with Pink Floyd, Stones, Prince